The third and last movie in our German film series for this semester is When We Leave (Die Fremde), Germany 2010, directed by Feo Aladag, 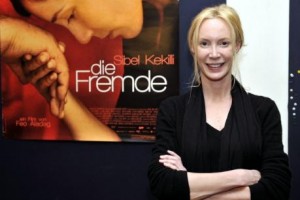 A young German woman of Turkish descent flees a difficult marriage by moving to Berlin, but her fight for more freedom and independence causes strife within her family. Introduced by Katja Straub, Visiting Assistant Professor of Film Studies