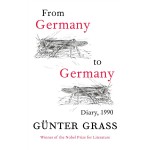 Krishna Winston, the Marcus L. Taft Professor of German Language and Literature, will attend a translators working meeting with Günter Grass Feb. 10-14 in Lübeck, Germany. Grass, 85, is novelist, poet, playwright, artist and sculptor. He received the Nobel Prize in Literature in 1999.

Prof. Winston has translated several of Grass’s works, including his 1990 diary, From Germany to Germany, which was published by Houghton Mifflin Harcourt in November 2012.

This will be her fourth meeting with Grass and fellow translators. The group will focus the discussion on Grass’s poetry, autobiographical writings and artwork.

“It’s a pretty special thing when translators can sit down with the author for several days and hear from him directly what they should pay attention to, what was in his mind when he wrote certain passages, and what  historical, political, literary, or other background they may need in order to get the translation right,” Winston said.

Grass maintains an office in a historic building immediately adjacent to the GG Haus, a museum dedicated to literature and the visual arts, with a special emphasis on Grass’s work in both areas and on other artists with multiple talents.