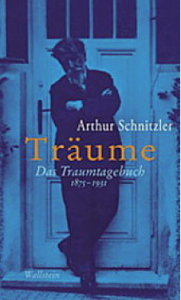 On October 14, actors from the Berliner Ensemble, the theater founded by Bertolt Brecht, will stage a second dramatic reading of Leo Lensing’s edition of Schnitzler’s Träume, co-edited with Peter Michael Braunwarth and published by Wallstein Verlag. The first performance was given on June 24 to a full house.

Since its publication in March, which was followed by a second printing in June, Träume has elicited an unexpectedly wide and positive response in the Austrian and German media. ORF TV (Austrian National Television) presented a feature on the book in the evening news on May 6; and Austrian Public Radio included a review a month earlier in “Ex libris,” a weekly program discussing new books. Deutschlandfunk, Deutschland Radio and Westdeutscher Rundfunk, three of Germany’s most prominent public radio stations, broadcast extensive reviews; Deutschlandfunk also named Träume  “Book of the Week” on May 15 (Schnitzler’s birthday). The Frankfurter Allgemeine Zeitung published a full-page excerpt from the book in its Sunday edition in February and followed up with a very positive review and the designation as one of five “Books of the Week” on May 14. The reviewer for the prestigious Arts pages of the Süddeutsche Zeitung (Munich) called Träume “the most fascinating new book of the season,” and Die Welt (Berlin) published a two-page spread that combined a review with lengthy excerpts.  Austrian Public Radio included the book on its May “Bestenliste,” the ten best books of the month; and Southwest German Broadcasting (SWR) followed suit by naming it number 5 on its own list of the ten Best Books for July and August. Most recently, reviews appeared in the Neue Zürcher Zeitung and the Times Literary Supplement.