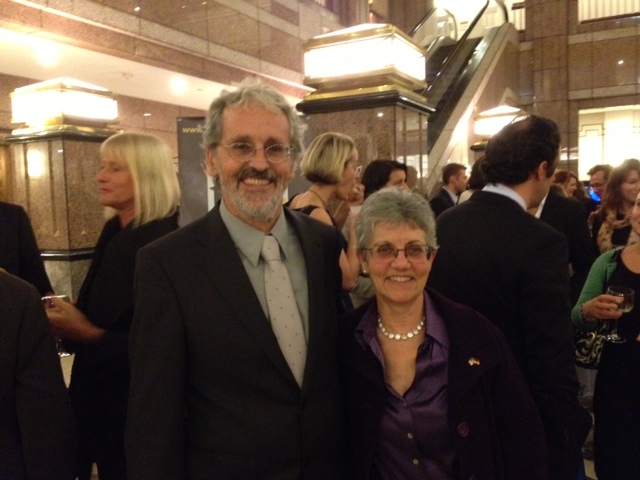 On October 3, 2014, professors Lutz Hüwel and Krishna Winston were guests of Germany’s Consul General in Boston, Herr Rolf Schuette, for a celebration of Germany’s Day of Unity at the Legislative Office Building in Hartford, Connecticut. The reception highlighted the state of Baden-Württemberg, with which Connecticut maintains an official exchange focused on education and business. Since 1998, 50 Wesleyan graduates and graduate students have spent a year in Germany under the auspices of the exchange, and numerous students from Germany have come to Wesleyan. At an October 2 dinner at the Avon-Old Farms Inn, both professors were also present when the head of the visiting delegation from Baden-Württemberg, Minister of Higher Education, Research, and the Arts Theresia Bauer, presented a distinguished-service medal to Renate Seitz, who administers the B-W Exchange for the Connecticut Office of Higher Education.