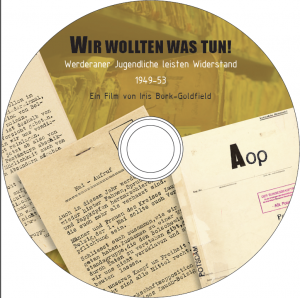 “New Forum’s Third Way and German Grassroots Organization” is the title of Maddy’s thesis. She explores a political movement that arose during the fall of 1989 in communist East Germany. Amidst the chaos that was the decline of the SED regime, a grassroots organization named “New Forum” began to develop an alternative political program, which it called the Third Way. As can be inferred from the name, this Third Way was intended to be a solution to a problem of two extremes — one being the political oppression of the East German government and the other being the possibility of unification with West Germany. Instead, New Forum advocated for the internal reform of the GDR, which would be achieved through a predominantly apolitical strategy. Within the literature on East German opposition and German reunification, the concept of the Third Way has challenged countless historians, most of whom have chosen to analyze New Forum’s apolitical movement only in the context of the GDR. In order to better understand the apolitical Third Way, this thesis will employ two methods of historical analysis. First, the Third Way will be investigated through its defining features, that is, the central tenets of the alternative movement. Secondly, a historical approach, in which New Forum is related to other Third Way movements throughout German history, will seek to make sense of the greater meaning of public organization as it relates to German political identity.

Oscar introduced the audience to Stories in Transit: An Anthology of Texts by Exiles, Migrants and Émigrés, translated from the German with an introduction and conclusion.

The last 10 years of Oscar’s life have been filled with a lot of travelling and moving around the world. With every stop have come unique challenges: bureaucratic hurdles, language barriers, and the question of integration—whether to fit in, to stick out, or to position himself somewhere in between. His thesis project constitutes a response to those challenges: a collection of both fictional and non-­fictional accounts of émigrés, migrants, and exiles at various stages of their journeys; organized around the themes of identity, bureaucracy and migration, and language.

Mari concluded the presentations with her thesis, “Theory, Empirics, Revolution: A Three-Dimensional Approach to Subverting Authority.”

Julian Thereisa, a double major in CSS and German Studies, with a certificate in International Relations, wrote a thesis for the CSS entitled, “Gentle as Jade: Perspectives Upon the Multiple Lives of Lou Tseng-Tsiang.”

Future plans of our GRST majors / minors, and prizes

Julius Bjornson ‘14, a Music and German Studies major received the Fulbright Teaching Assistantship Grant and will be teaching English at a German Gymnasium (high school) in Nordrhein Westphalen. “With his musical talent”, it would not surprise us if he formed a band and led it with his fiddle. He received the Blankenagel Prize for his outstanding work in German Studies.

Mari Jarris ’14 received a Fulbright Grant and a DAAD Grant and decided to accept the DAAD Grant to continue her research on the Frankfurt School critique’s of Idealist philosophy at the Akademie der Künste in Berlin next year. She hopes to enroll simultaneously in a Master’s program in German literature. She received a scholarship to attend the Middlebury French Language School this summer, which will enable her to expand her study of German to Franco-German history and philosophy. Mari was awarded the Prentice Prize for her outstanding work in German Studies.

Julian Thereisa ‘14 was awarded a Baden-Württemberg grant and was admitted to the Chinese Studies program at Oxford University and the Masters program in International History program at the Graduate Institute of International and Development Studies in Geneva. Julian decided to go to Geneva, and he is looking forward to living and studying in Switzerland, a country he has never visited. While in Geneva, he aims to intern at an international organization or NGO to gain some work experience. He has been awarded the Joan Miller Prize for his outstanding CSS thesis and the Scott Prize for his accomplishments in German. He was inducted into Phi Beta Kappa.

Maddy Smith-Huemer ’14 was awarded the Blankennagel Prize for her excellent work in German and the Robins Memorial Prize for excellence in History.