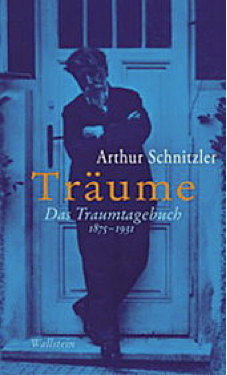 Träume. Das Traumtagebuch 1875-1931, Leo Lensing’s edition of the dream journal of the Austrian writer Arthur Schnitzler (1862-1931), the author of  La Ronde, Fräulein Else and other classics of early twentieth-century German literature, was published by Wallstein Verlag (Göttingen) on March 6. Prepared together with Peter Michael Braunwarth to celebrate Schnitzler’s 150th birthday, the revised and expanded version of the dream texts originally included in his diaries can be read as an implicit challenge to Freud’s Interpretation of Dreams.  Schnitzler’s Träume is both an “unconscious” autobiography of its author, whom Freud called his doppelgänger, and a dark, surreal reflection of the era between the final phase of the Habsburg Empire and the rise of fascism in the 1920s. His dreams are peopled not only by his family and famous Viennese contemporaries, including Freud, Mahler, Klimt, Karl Kraus and Hugo von Hofmannsthal, but also by Goethe, Mozart, Wagner, Emperor Franz Joseph, Kaiser Wilhelm, and even Marlene Dietrich.  An early review in the Viennese music journal Der neue Merker marveled over the “profound richness” of the dream texts and praised commentary and afterword as a “compendium of knowledge” about Schnitzler’s world. Träume was also featured on April 15 in “Ex libris,” a weekly program discussing new publications on ORF, Austrian National Radio.