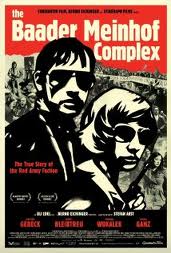 The German department will show Uli Edel’s film The Baader Meinhof Complex (with English subtitles) on Monday, November 28, at 7:00 p.m., in Fisk 210. The film is based on Stefan Aust’s book of the same title. Prof. Leo Lensing will give an introduction to this thought-provoking film.

Germany in the 1970s: Murderous bomb attacks, the threat of terrorism and the fear of the enemy inside are rocking the very foundations of the yet fragile German democracy. The radicalised children of the Nazi generation lead by Andreas Baader, Ulrike Meinhof and Gudrun Ensslin are fighting a violent war against what they perceive as the new face of fascism: American imperialism supported by the German establishment, many of whom have a Nazi past. Their aim is to create a more human society but by employing inhuman means they not only spread terror and bloodshed, they also lose their own humanity. The man who understands them is also their hunter: the head of the German police force Horst Herold. And while he succeeds in his relentless pursuit of the young terrorists, he knows he’s only dealing with the tip of the iceberg. Written by Constantin Film

On November 19, 2011 Iris Bork-Goldfield talked at the ACTFL conference in Denver, CO on how one can effectively integrate short movies into the foreign language classroom. Movies, she argues, motivate students, support listening comprehension, and convey much cultural and historical information. As a good example she used Ingo Rasper’s humorous film Dufte that tells the story about German coffee smugglers in 1952.

Relax, speak German, while enjoying coffee and cake at the German House on 65 Lawn Ave.

Iris Bork-Goldfield presented at the Massachusetts Foreign Language association on October 28, 2011 on Digital Story Telling. She illustrated how Intermediate German students at Wesleyan University brought their hometown into the language classroom and created an engaging multicultural environment that enhanced students’ writing, speaking, and listening skills.